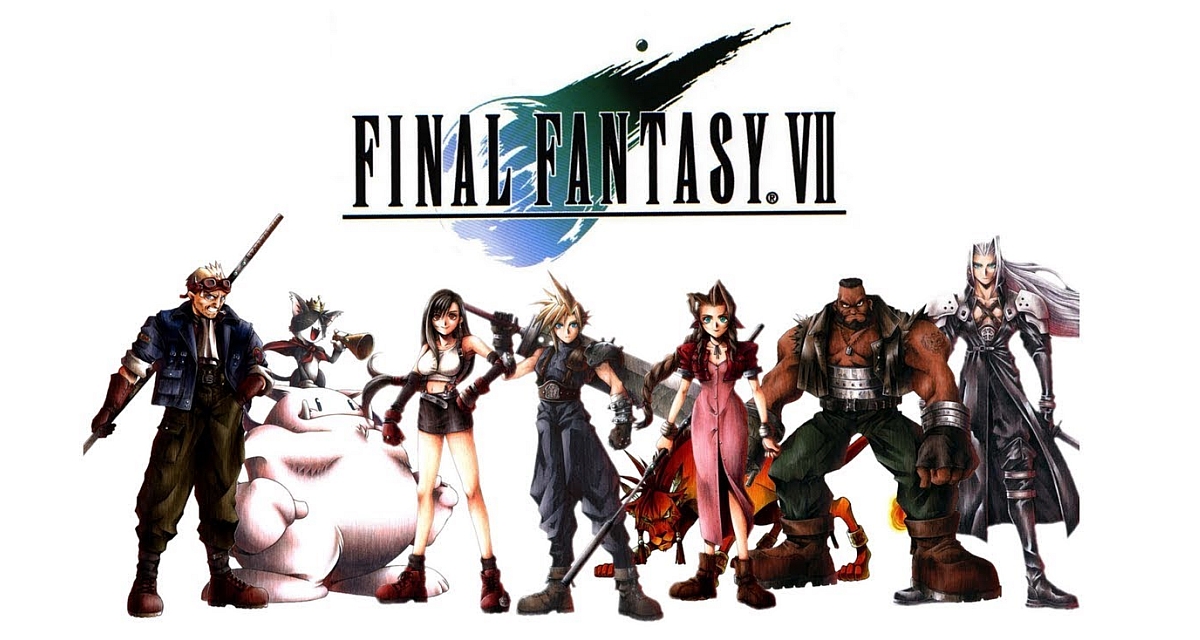 We would be looking at the top 5 worst final fantasy games, where we look at the bad side of good series. I’m considered a bit of a final fantasy fanboy, just because I own all the games. I’Ve collected all the strategy guides and you know what I guess. I am a little bit of a fanboy, but even I could admit that this series isn’t perfect. So today I want to look at the darker side of the franchise, the stuff that just doesn’t quite live up to expectations.

These are my picks of the top 5 worst Final Fantasies:

Number 5 is Dirge of Cerberus:

It’s incredibly difficult to try and pick a game to call the best Final Fantasy, but I think that most of us can agree that 7 probably helped this series get the mainstream appeal. It needed to last this long with its crazy haircuts, cool characters, and the epic villain. There was a lot to love. That’s why it was quite shocking when they announced that they would be doing a full-blown follow up to 7. Now I’ll be the first to say that change can be a good thing. In fact, as a franchise, Final Fantasy is well known for how brave they are for constantly reinventing their own gameplay, but this was a big step too far. The controls are flat-out garbage and to top it off, the story is a confusing mess. Dirge of Cerberus may have sold decently and yet, at this point even Square Enix is trying to pretend it never happened.

How do you improve on what some would call the most groundbreaking RPG of all time? Well, maybe, by completely reworking the way we level up to make it utter nonsense and writing a plot, that’s really boring. Final Fantasy 2 on its own could almost stand as an all right game, but it’s the fact that it follows the legendary FF one that hurts it so much. Some core issues really held it back from being better. For example, the awful conversation system to make the long talking scenes a little bit more interactive, players must learn certain keywords and ask about them later. This essentially means that after a few missions, you’re going to be scrolling through a painfully long list of keywords every single time, you need the tiniest bit of information. Now, while this is a glaring flaw, it could have been interesting or at least bearable if the battles themselves function, but they just don’t what they did here. So, each part of your stats levels up individually. Now, what that means is getting more health requires you to be hurt. Stronger flame magic is gotten by spamming fire a million times over and so on. This creates a terribly annoying loop of reaching new areas grinding for hours to get each and every skill up individually. Before moving on and repeating it all again in a slightly different environment, this game quickly becomes torturous to play and, honestly, I would recommend that everybody, no matter how hardcore you are into the series you should skip it

I’Ve always believed that part of the joy that people get out of this incredible series is the cool combat, while each entry has its own twist on spells and weapons. There’s a key thread that existed, which just makes it fun to fight every encounter. It is thrilling because you’re able to carefully take down opponents. Well, that is, unless you’re talking Mystic Quest, which feels like an extremely crappy version of a real Final Fantasy. Enemies are given almost no health and our heroes deal massive damage, So, no matter what problems we’ve faced, they can easily be solved now. If that sounds like a minor issue, it’s really not. This is a role-playing game made for babies. Seriously, the developers were told that Americans are too stupid to understand complex RPGs, so they made this bareboat experience to see if it would sell, in fact, in Japan, this game was even called Mystic Quest. The adventure itself is horrible, our character hardly speaks, there’s no real-world building and Geordie of the Dungeons had the laziest names ever. The lack of clever writing or real sense of life badly hurts this journey, and it makes me even more aggravated when I realized that we got this instead of a real final fantasy. If I could travel back in time and yell at them for trying to shove out this total dumpster fire, I gladly would have.

ometimes you can grow to hate something not just because it purely sucks, but because it’s badly designed and way too long if 13 was shorter. I honestly think fans would have liked it more because at least then it would have just been considered a confusing fraction of a game. Instead, it is remembered as an entire trilogy of painful cut scenes in terms like lust sea and foul see being thrown around like we should care its sort of like going on a date with a super beautiful woman. But when you get to the restaurant, it turns out that this is a special event evening, where you’re going to be locked inside overnight. At the start, you’re probably going to be cracking jokes and having fun with her and yet, as the hours’ drag on, you’ll surely feel your sanity begin to slip eventually. You’ll probably start wanting to team up and stab waiters just to try and escape this prison of a dinner. That is exactly how I felt about Final Fantasy 13. Every continuing moment of this bizarre quest finds new ways to escalate the cringy annoyance of both combat and terrible story. I’ve actually beaten the entire 13 trilogies twice because I wanted to make sure I fully understood it and yet there’s nothing there to get clear. They made the first game way over budget and that forced them to push out these bad follow-up games just trying to make their money back Square Enix has done some very shady business in the past, and yet I still think that this is extremely nasty even for them.

Number one Final Fantasy All The Bravest:

I make it a point not to talk about mobile games very often since I consider them rather evil. Overall, their tactics for getting money out of people are predatory in nature and it just seems a little bit messed up to even really kind of mention them, but for once we need to talk about it, because this is an absolute freaking travesty final fantasy: all the bravest is a parasite that tries to infect the Final Fantasy community. It does the smallest amount possible in order to try and steal money from people who actually like this series. What it is is basically a tap game now, even though there are tons of characters on screen, they all basically attack the same, and the way you do this is by touching it. This removes all the strategy, of course, Whereas your units get taken out one by one since you can’t cast magic to revive them. The only way to get troops back is to wait or of course, use paid hourglasses. This brings all your people back to life and makes you continue fighting and for some bosses. It’s basically mandatory now say: you’re the kind of person who’s just utterly in love with Final Fantasy you’re, probably going to want to try and beat this. Which means that in some way, you’re going to have to put up with this crap. If you want to get stronger grinding it is a bit difficult, but hey, there is a way to make it easier. You can get the heroes from the games, we love names like Cloud and Jecht and everybody that we love so much they are actually in this game. However, you don’t really get to pick them when you pay for them. There is literally a screen that you just spend money on and you get a randomly assigned hero when you don’t know how strong they’re going to be or anything. The only reason I’m even putting such a horrible travesty of an app on a real list like this is that Square Enix tries to pretend that they actually care about this game. They seriously pushed it hard. Acting like this was going to be a main Final Fantasy experience on cellphones, It’s not now. I will say that I really enjoyed the fact that they actually put all the music. We love and wrote more story and put sprites in it, but that is it every single little aspect of this requires you put in your credit card number. It’s like they just decided to walk into a room and go.

What is it that you enjoy most about Final Fantasy? Ah, the beautiful vivid worlds, okay, we’ll charge for that. What is your favorite characters and heroes? Which ones do you relate the most to all right? Are we going to charge the most for those? This game is broken to its very core, to try and milk extra funds out of people, and it’s aggravating to me because they could have done this right. Square Enix actually has a great team of developers and they could have made a main Final Fantasy work on cellphones that they wanted to. They’ve already done some fantastic ports, but all the bravest is nothing but an utter mess that is trying to screw you over and For that reason, This is my pick as the absolute worst Final Fantasy. Did your favorite game make the list? Does that totally piss you off?