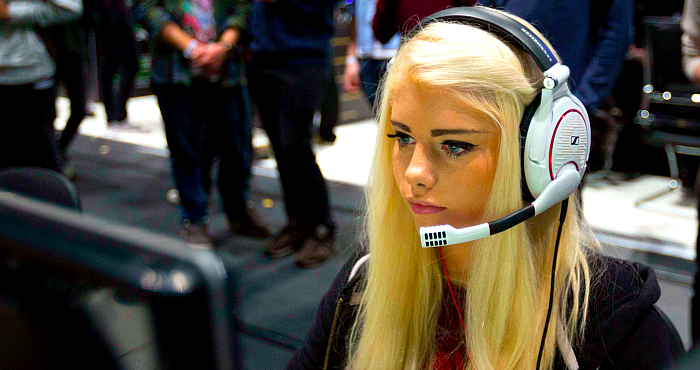 Gaming isn’t like it used to be in the days of pack-man. It used to be about getting the high score top list, but now most are competing for cash prizes and were not just talking a few dollars we’re talking about winnings in the hundreds of thousands of dollars when winning at events like Major League Gaming and Intel Extreme Masters. Gaming is a whole other business now it has turned serious. Pro gamers that are good are no longer just playing for fun but are actually making a career out of e-sports. Working up to be a champion takes up most of your time, but in the long run, the practice will pay off when you are competing in contests.

People think ‘wow’ sitting at home playing games while getting paid is the best job ever. It isn’t that easy there is more to it than that. Playing for a living requires patience and the skill know how and of course the determination to win

Start off by picking a game you like that you can practice over and over and go up against skilled players. Build a reputation as a skilled player and one who plays well in a team. Keep your motivation levels up and aim to be the best out there.

Learn and know your skill tactics and watch continuous streams of gameplay. Becoming an e-sports champion you need to understand it isn’t just about being an individual champion but also being involved in the gaming community and being team player.

Once you have built an impressive reputation, you need to find yourself a team. You can try out for teams or visit the dedicated communication spots to talk with teams and players.

Time to enter some tournaments. If you and others in your circle think you are good enough to start competing, you can either do it solo or in the team. This is where you can test your skills with local contests as well as online tournaments as well.

Pro-gaming is where you need to be because no matter if you win every local tournament your status never really changes until you win at the pro circuit live events. This is where you will earn a reputation, respect and some well-deserved cash.

If you have some pretty good gaming skills a never-ending supply of patience and the will to win you have got what it takes to become an e-sports champion.