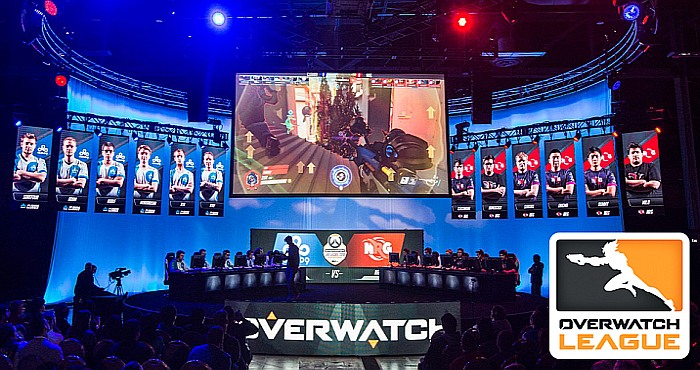 While Overwatch League can be considered a gamble, it could be setting a standard that other games will be planning to mimic. If it turns out to be a failure, then it could be viewed as too big a risk for sports investors. The league has been very anticipated since its announcement as far back as Blizzconn 2016 and had numerous investors and sponsors alike. Blizzard is now pushing it hard, hoping it becomes the esports rendition of the NFL.

The competition will host twelve teams of professionals all racing for their share of a prize pool that contains more than three million dollars. There will be live streaming from the Los Angeles location for each match.

However, Overwatch is still quite young in comparison to other esports that are more established. You have the likes of big players such as CS:GO, DotA2 and LoL. So, in that light, the Overwatch League is quite ambitious in their endeavors, as it wants to not only take the market of esports, but also push the mainstream limits all together.

It has been all but impossible to ignore the League lately. It has been built to expand the appeal of esports on an international level by incorporating team branding. Instead of the need for teams with a basis of private franchise, they are instead based on city, in much the same way as the NFL currently is, as is the Premier League.

Blizzard has put lots and lots of money into this competition and they are trying to offer a stability rarely seen anywhere other than the arena of the very largest esports. The investment lessens the chance for teams to just give out, and gives them more momentum for future building. Each player would earn a minimum $50,000 each year with the prize pool winnings coming in on top of that. It is a long way from their previous model of “win it or go home with nothing”.

This is just the kind of stability that has lured investors to put in quite a bit into this league. Billionaire Robert Kraft has been one of the few who is said to have bought into an Overwatch team at a fate of twenty million dollars. This big money that is supporting the League is all gambling on success. It is still currently a risk and is often too chaotic for casual players to keep up with.